Geoffrey Norris, The Telegraph: …a terrific harbinger of what the group might do in the future 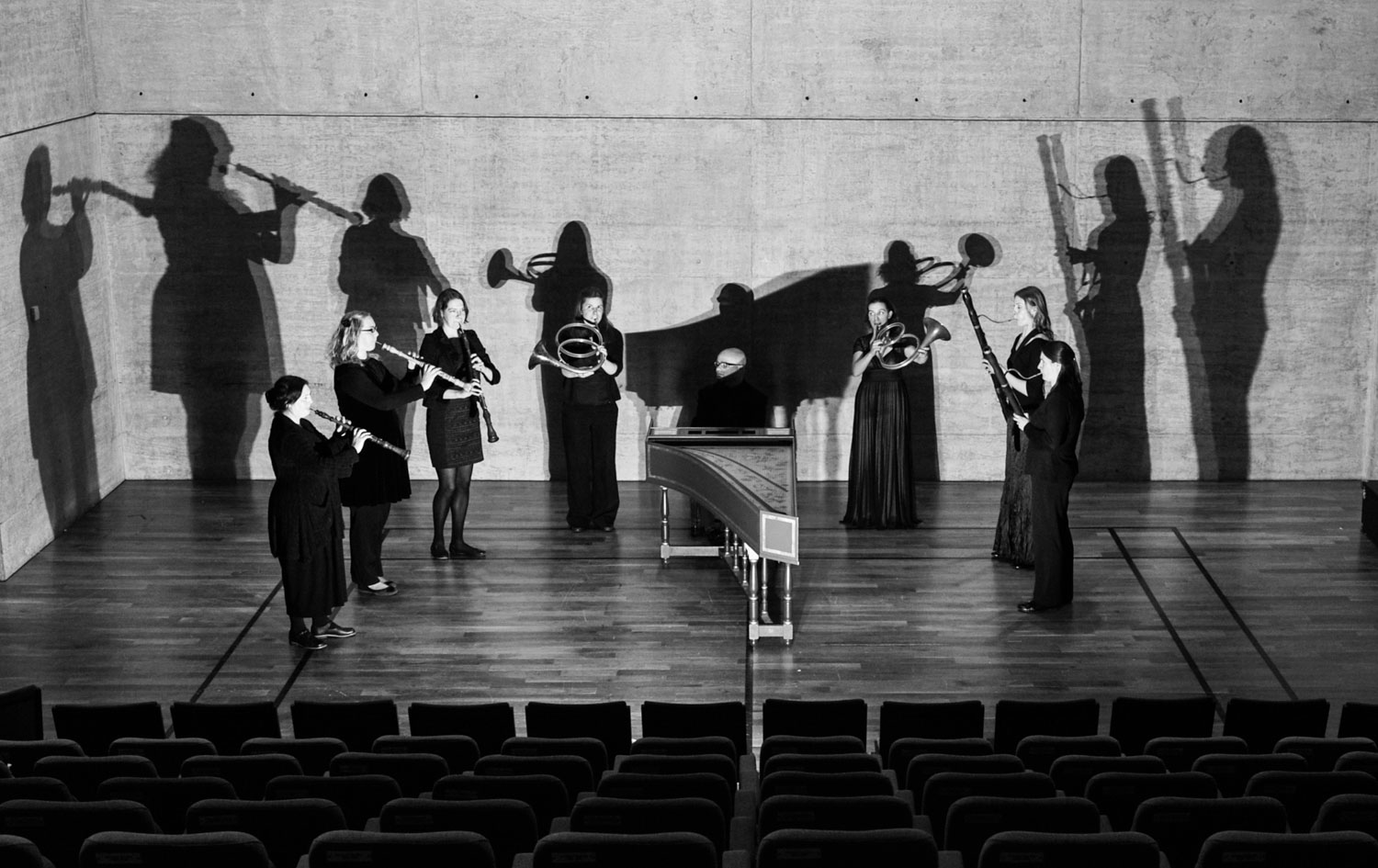 Our first CD The Saxon Alternative has just been released by Resonus Classics.  Telemann’s wind music reveals a fascinating mix of styles;  perfectly balanced baroque dances and full-blown orchestral overtures rub shoulders with the rustic miniature of Les Paysans  and the gentle snoring of muted double-reeds in Le Someil. The oboe and horn ensemble was a new phenomenon when Telemann was writing this music and he takes full advantage of the opportunity to experiment with these news sounds—predictably milking the horn calls for all they are worth in riotous final Gigue of TWV 44:14, but also throwing up the unusual and very beautiful combination of solo horn and oboe d’amore in the serene, Venetian Siciliano of TWV 44:22.

The most important and ubiquitous art-music ensemble of the late 17th century and 18th centuries was the oboe band, often augmented by brass. The Hautboisten appealed to the aristocratic market as a flexible, multi-purpose ensemble suitable for outdoor performances as well as intimate soirées, but above all as being modern and on-trend.

The repertoire of these groups mirrored that of string ensembles—orchestral suites, masques, operas and even masses were orchestrated entirely for winds.

The works we will be including in our project are all Orchestral Suites written for wind ensemble. The form originated in France and consisted of a formal Overture followed by a series of dances. Telemann transformed it into one of the most popular genres of the German High Baroque. By 1745 he had written over 600 of them, from works for 4-part wind or string ensembles to multi-choir extravaganzas. 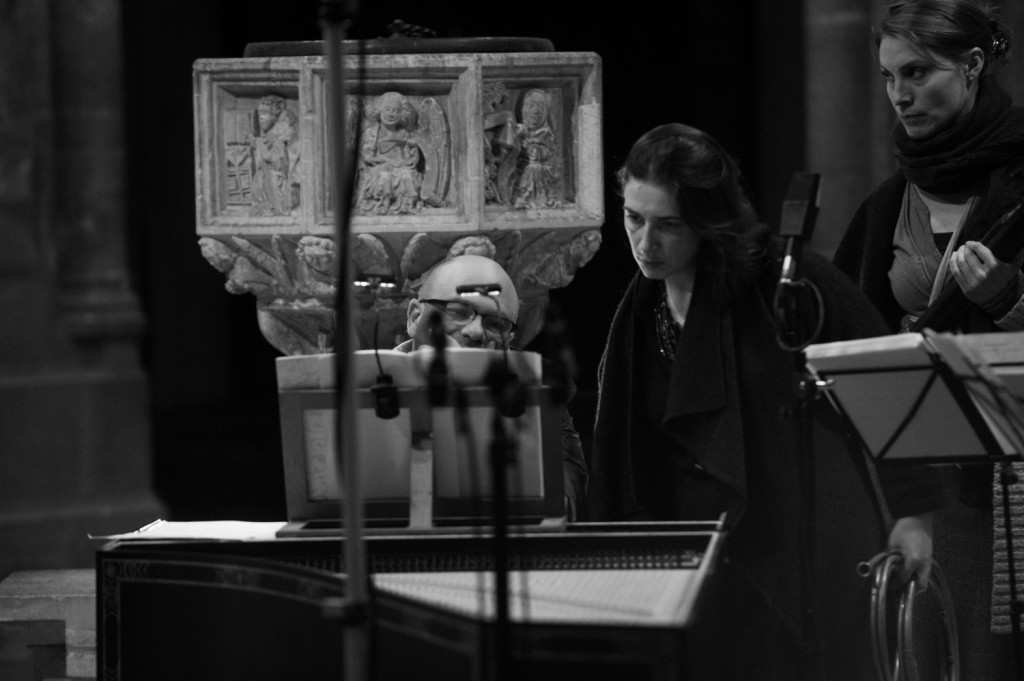 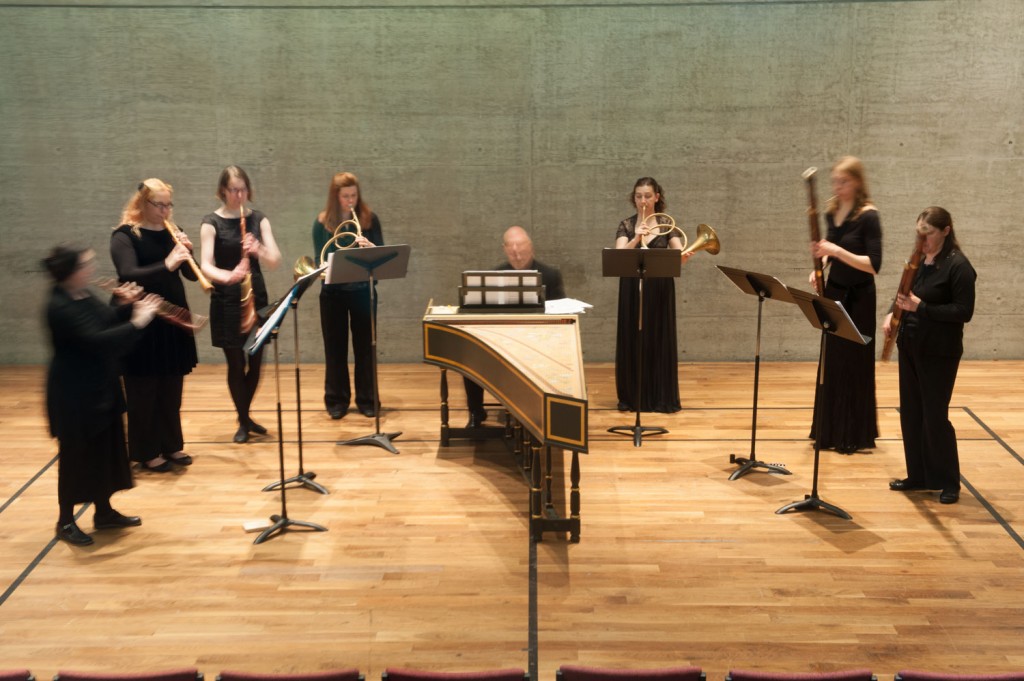 When the oboe was invented during the 1650s it was quickly adopted by Louis XIV’s elite and highly paid double reed ensemble Les Douze Grands Hautbois, and soon caught the attention visiting aristocracy. Across Europe orders were placed for these fashionable new instruments, and double reed bands sprang up to perform at civic occasions, society dinners, coronations, picnics, weddings, masques and other spectacular events. Handel’s Water and Fireworks Music was typical of these extravagances, but far from unique.

By the end of the 17th century the Hauboisten Band was a must-have accoutrement of German Court life. German aristocrats went on shopping trips specifically in order to hire the very best players; and although the instrumental line-up was an exact replication of Louis XIV’s ensemble—the players we often French and the instruments almost universally were—the music they played was very much in the High Baroque German style

Around 1715 a variant of the oboe band emerged from Eastern Europe. Although not everybody was convinced (In 1717 in Vienna one lady wrote “the music good, if they had not that detestable custom of mixing hunting horns with it, that almost deafen the company”), the Saxon Alternative was rapidly adopted as the aristocratic musical accessory of choice. The addition of horns transformed the oboe band into something entirely new and a bit daring.

The very inclusion of the horn was a brave move. Long regarded as the poor relation of the brass family and not quite proper the horn was only just beginning to appear in art music, and then often only as a sound effect. Even as far back as 1425 the horn had an image problem; the town of Dijon petitioned the Duke of Burgundy permission to use a trumpet because “many lords and foreigners make fun of the horn because it is degrading; and it would be a much greater honour for the town to have a trumpet rather than a horn.”

The Saxon Alternative formed the basis of the modern orchestral wind section and later morphed into the classical Harmonie Ensemble. Telemann set the stage with his 16 large scale suites for this ground-breaking ensemble; Haydn, Mozart, Beethoven, Weber, and Schubert were then seduced by its rustic exuberance. But that is another story.