The most important and ubiquitous art-music ensemble of the late 17th century and 18th centuries was the oboe band, often augmented by brass. The Hautboisten appealed to the aristocratic market as a flexible, multi-purpose ensemble suitable for outdoor performances as well as intimate soirées, but above all as being modern and on-trend.

Around 1715 a variant of the oboe band emerged from Eastern Europe. Although not everybody was convinced (In 1717 in Vienna one lady wrote “the music good, if they had not that detestable custom of mixing hunting horns with it, that almost deafen the company”), the Saxon Alternative as it became known, was rapidly adopted as the aristocratic musical accessory of choice. The addition of horns transformed the oboe band into something entirely new and a bit daring.

The repertoire of these groups mirrored that of string ensembles—orchestral suites, masques, operas and even masses were orchestrated entirely for winds. 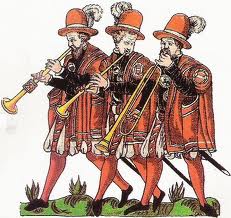 Michael Haydn’s musch loved mass setting scored for voices and wind instruments. It is unusual but not unique – Druschetsky Gänsbacher and Schnabel also composed for this combination. However Haydn’s mass was an immediate sensation and not simply as a result of its novelty value – it made deep impression on its original audience, among whom was Leopold Mozart. He was excited and moved by the experience and immediately dashed off a letter to his son Wolfgang

“I have this moment come in from the Cathedral service, during which Haydn’s oboe mass was performed, he himself conducting it… I liked the whole mass very much…The whole affair lasted an hour and a quarter and I found it far too short, for it is really an excellent composition…” 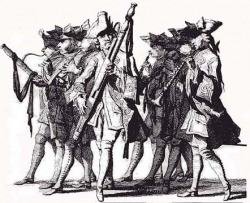 Le Mariage de la Grosse Cathos
Philidor l’Ainé
A 17th Century masquerade scored for 9 part oboe band including percussion musicians, 8 singers and 9 dancers
An astonishing survivor, this extraordinary work features an all male cast of singers and dancers accompanied by an on stage wind band. It was performed in 1688 for the dauphin and his half-sister, probably in a private apartment in Versaille. The plot revolves around that ever-popular theme, the village wedding. The typically tasteless burlesque features an obese peasant girl and her bumpkin lover, drunken guests and a pugilistic priest. 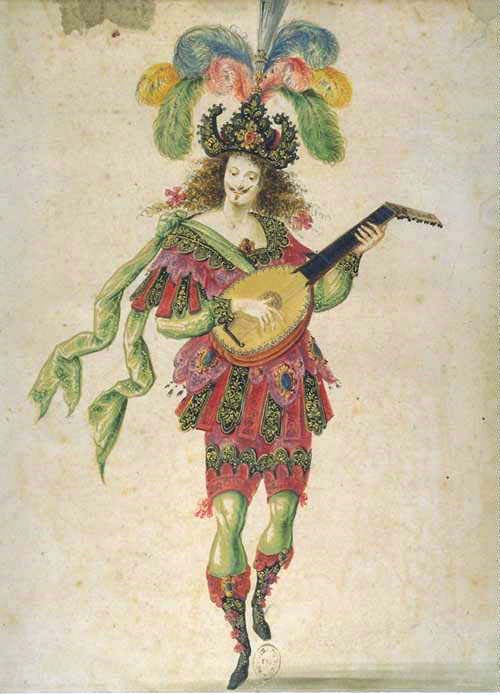 Harmonie music for 6 to 13 players.
Our repertoire includes works by Mozart, Beethoven, Hummel, Schubert and Rossini 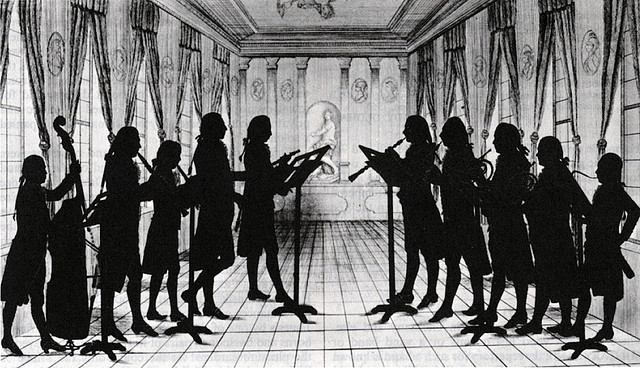 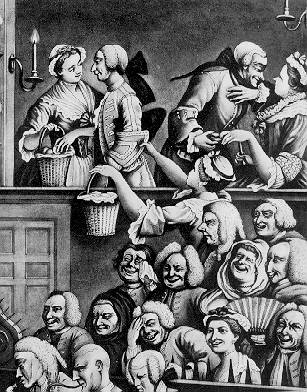 A Hollow Reed
Purcell, Telemann, Dufay, Josquin and Obrecht
Music for shawms and dulcians, baroque oboes, taille and baroque bassoon. A blast through the centuries, from the thrilling sound of medieval alta capella to the dance music of renaissance waits bands and the polished and sophisticated repertoire of the Enlightenment oboe band. From the sacred to the ceremonial there is something here for everybody. 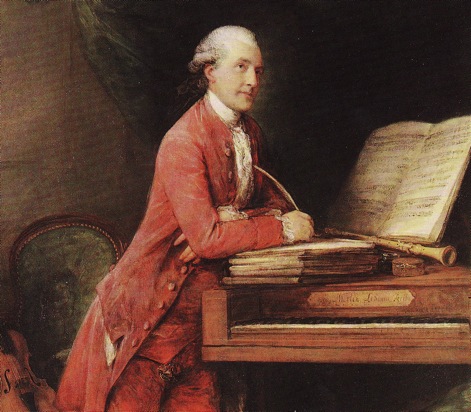